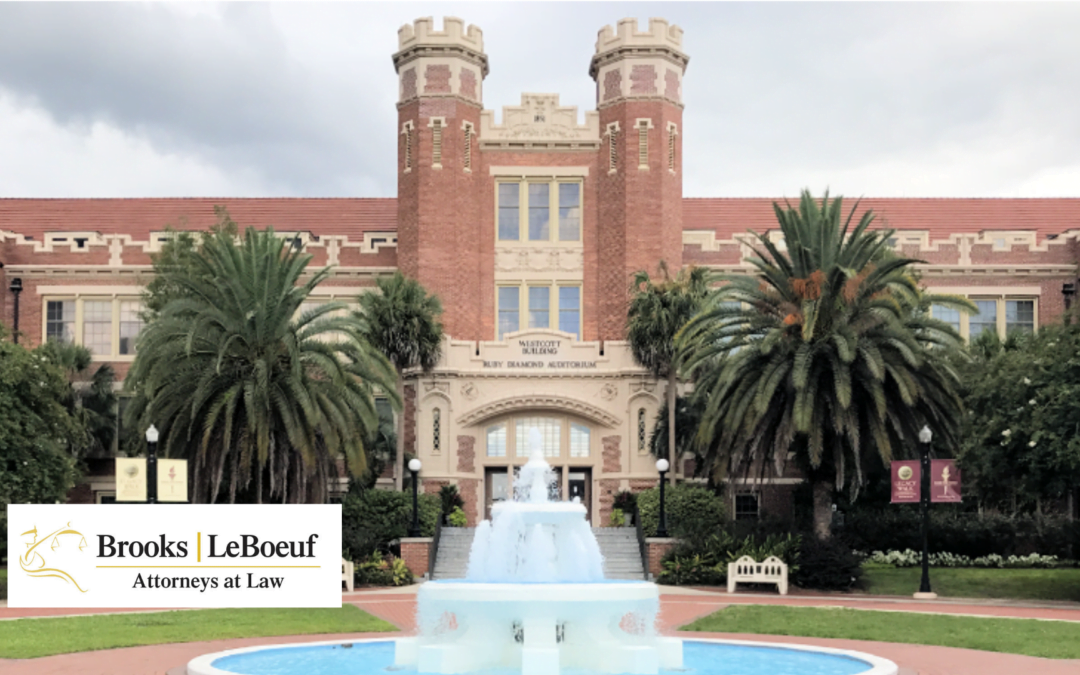 After the tragic, alcohol-related death of fraternity pledge Andrew Coffey, Florida State University’s President John Thrasher instituted an interim suspension of FSU Greek Life on November 6, 2017. Coupled with the unrelated incidents of two separate arrests of fraternity members on drug trafficking charges, it seemed as if the university needed an immediate change.

To an outsider, this interim suspension felt completely necessary. Greeks often get lumped together and these weren’t normal shenanigans. Binge drinking and drug-related activities appeared to become the norm for fraternities and sororities alike. The ban cast a pall across the entire the Greek community.  Bringing down the consequences of actions taken by a few rogue individuals on top of the entire Greek system was extreme but many outside of FSU Greek Life saw it as a necessary beginning to a real change within the entire Florida State community.

The suspension put a halt to everything, from philanthropic events to rush to social events. However, on January 29, roughly three months after the initial incidents, President Thrasher announced portions of the sanctions were to be lifted. The new terms would allow philanthropic events and rush.

“I’ve said all along that in order for there to be real change on campus, students must be part of the solution. Our students are now beginning to fully understand the serious obligation they have to behave responsibly,” said President Thrasher. “They have demonstrated this during the past three months and have pledged to continue to do so.”

When portions of the suspension were lifted after Andrew Coffey’s death, many people wondered if students comprehend the severity of what happened, and so restrictions remained forbidding alcohol from all recognized student organizations (RSO) related events. Recreational enjoyment of alcohol had long been a part of college life but good times had gone too far.

So, what does this mean? Have the students learned anything? What will the university do to prevent future tragedies from occurring? Was a five-month ban on alcohol for those involved in FSU Greek Life long enough to teach a valuable and necessary lesson?

Fraternities and Sororities are called upon to lead by example once again and suffer the burden of alcohol reforms. Socials with alcohol are limited to four during the fall semester and six during the spring semester. Events with alcohol at houses are allowed only if the chapter uses third-party vendors, provides food and has police or security officers approved by the FSU Police Department present for the duration of the event. In addition, the new member period for IFC fraternities was shortened, new rules for tailgating were imposed, and hazing prevention training is required.

Additionally, in the email sent to all FSU RSOs announcing the lift of the ban on March 26, more expectations were outlined. These expectations include adhering to the FSU Alcohol Policy, providing official notice and registering all events and risk management training.

In other words, the prohibition was lifted, but strict rules and a watchful eye will remain. Ultimately, the students must continue to show responsibility and continue to earn the privilege of having alcohol at events. After President Thrasher took such drastic action in November, threat of more severe consequence looms over the entire RSO system.

RSOs were commended for the progress during the sanction period by Vice President for Student Affairs Amy Hecht when she stated, “Your efforts over the past few months have contributed to the progress we have made.”

Alcohol abuse can be an unfortunate part of collegiate life.  The Greek community often serves as a lightning rod for tragedies caused by this issue.  Hopefully, the suspension on Greek life struck a chord with the entire FSU community and the tragic death Andrew Coffey remains at the forefront of students’ minds. Hopefully, potential consequences will remind everyone to drink responsibly, hold one another accountable, and treat each other with respect. If you have questions on this or any other similar issue, we encourage you to contact our firm to discuss them with a member of our legal team.

← How to Ensure Your Special Needs Child is Safe at School What Is The Difference Between a Felony and A Misdemeanor in Florida? →