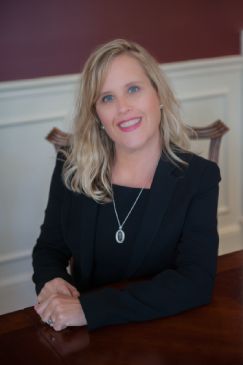 While in law school, Ms. Kaleko was a member of the Law Review, was Editor-in-Chief of the Journal of Transnational Law & Policy and was the recipient of both the University Fellowship and the Florida Bar Foundation Public Service Fellowship. She received Book Awards in numerous classes, including Legal Writing and Evidence Seminar. She was also inducted into the Order of the Coif and is a member of Phi Beta Kappa.
Following law school, Ms. Kaleko clerked for Judge Robert Hinkle in the United States District Court for the Northern District of Florida. Ms. Kaleko was then engaged in private practice as an associate attorney at Cox & Burns, PA in Tallahassee, Florida, focusing primarily on personal injury and civil appellate law.

Ms. Kaleko then joined National Legal Research Group, as a Senior Attorney. During her time at NLRG, Ms. Kaleko helped run the Florida Legal Research office, supervising research attorneys and conducting complex research projects for attorneys throughout the State of Florida. As a Senior Attorney with NLRG, Ms. Kaleko authored numerous appellate briefs and prepared legal pleadings and memoranda for cases at all stages of litigation.

For past several years Ms. Kaleko has been a partner with the Law Offices of Robert Scott Cox, representing individual clients and small businesses in primarily personal injury, civil rights and business litigation matters. She has also served as of counsel to Parks and Crump, LLC and participated in many of that firm’s civil rights cases.

In her spare time, Ms. Kaleko enjoys spending time with her husband, Jed, who teaches at Florida State University’s Film School and their three children.