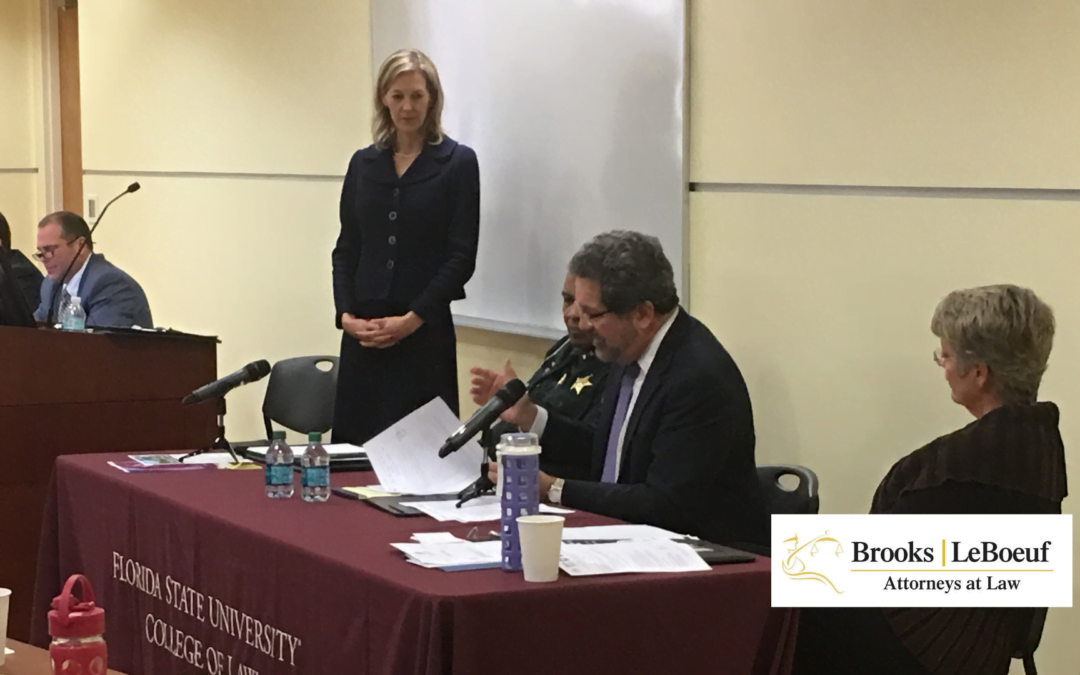 Human trafficking is the recruitment, transportation, transfer, harboring or receipt of persons, by means of threat or use of force, coercion, abduction, fraud, or deception. This exploitation includes sexual exploitation, forced labor, slavery or practices similar to slavery, servitude or the removal of organs. It is easy to believe that this heinous crime is limited to foreign countries and is not a threat to our children. Unfortunately, Florida is one of North America’s primary trafficking locations due to our thriving tourist and agriculture industry.

During Human Trafficking Awareness Month, Mr. LeBoeuf was invited to sit on an expert panel with other key members of the big bend justice system to discuss the best ways the justice system can respond to Florida’s trafficking problem and bring a “full cup of justice” to trafficking survivors.

If this bill were to be passed, it would allow for victims to sue their abusers and all those who facilitated their abuse in Florida’s civil courts for compensatory and punitive damages and costs. Also, this bill would require courts to impose a civil penalty against the defendant in the amount of $50,000 and award the penalty to the law enforcement agency that rescues the victim to fund future efforts to combat human trafficking.

Brooks & LeBoeuf encourages everyone who shares an interest in advocating for victims to call their representatives and senators and demand their support for the Civil Action for Victims of Human Trafficking and Prevention of Human Trafficking Act this legislative session.

← What Should I Do If I Face a Discrimination Claim? How to Protect Yourself From The Dangers of Dating Apps →